An OEM product for the company SPENO International SA 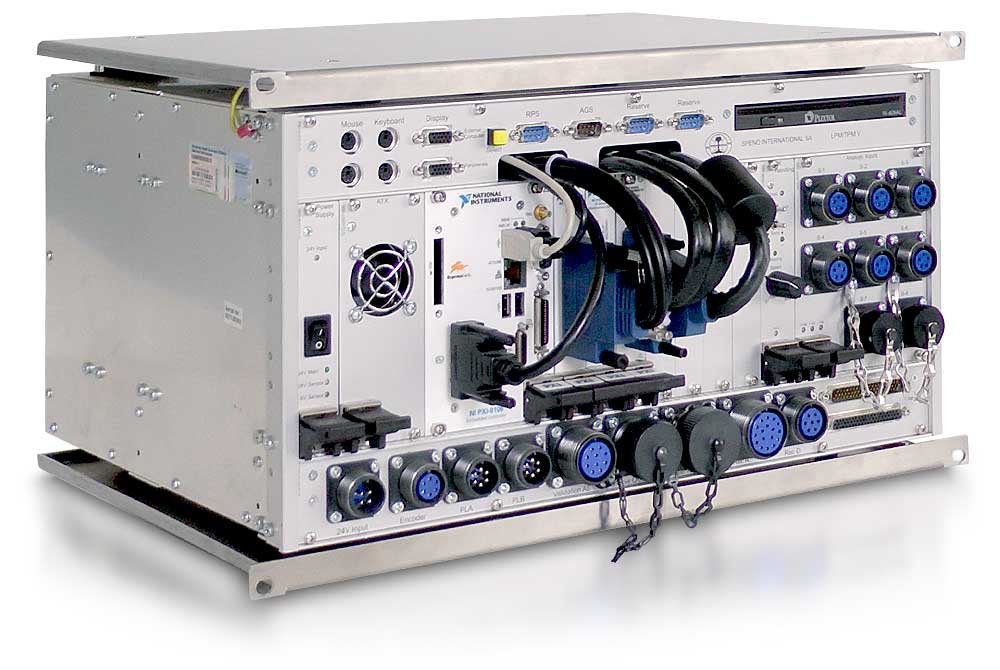 The LPM TPM onboard system for Speno

Rail measurement to automate its maintenance

As the trains pass, the rails wear out. To maintain them, Speno designs trains equipped with grinding wheels. They carry systems for measuring the profile of the rails. Grinding is carried out depending on the results obtained. Until then, the Swiss company has operated contact measurement sensors and modernized its measurement systems by equipping them with optical technologies. She took the opportunity to develop the PXI processing and visualization platform. The application programmed in LabVIEW now runs on a single PXI controller with a multicore processor ... 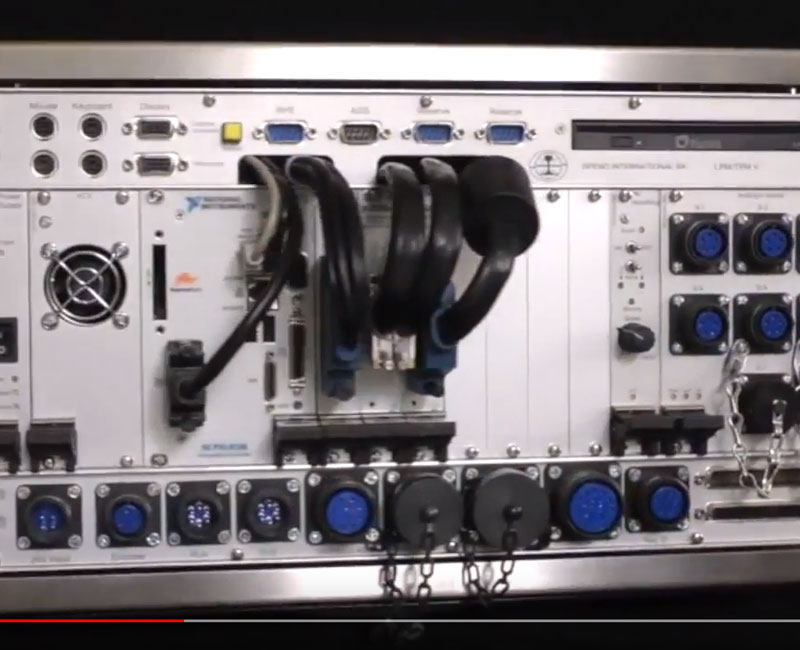 qmt has developed and industrialized, as part of its OEM program, the LPM TPM product for rail profile measurement. The systems are installed in grinder trains which relays the maintenance of railways around the world

The name of transverse profile corresponds to the part of the rail potentially in contact with the wheel on a cross-section orthogonal to the direction of the rail. The longitudinal profile is defined as the variation in height of the rail-wheel contact point with respect to a reference along the axis of the rail. The wear of the rails appears a) on their transverse profile, in which case it is wear by friction of the edge of the wheels on the rail (mainly in bends), or by creep of the rail if excessive loads are put in circulation; b) on their longitudinal profile, forming undulations whose amplitude increases with each passage of railway convoys (mainly in the acceleration and deceleration zones).

Correcting the transverse and longitudinal profiles is essential for the safety of rail traffic (holding, grip, guidance, etc.), to reduce track maintenance costs (the less the profiles are worn and the less they wear out), and finally to reduce vibration problems (loss of energy during traction, reduction of noise emitted by the passage of a convoy, increase in passenger comfort).

The developed measuring system is used to determine the transverse and longitudinal profiles on the train which carries out the correction of the rails by grinding. He tells the chef de train the areas and intensity of the grinding. This system is made up of five subsystems: determination of transverse profiles by laser (KLD), comparison and management of measurements of transverse profiles (MPT), determination of longitudinal profiles by mechanical height sensors positioned on a rolling carriage (MPL), a supervisor and a test and calibration bench.

As in any engineering project, the primary objective is to obtain the greatest number of reliable features for a minimum investment. The industrial context also imposes ruthless reliability criteria and minimum downtime, and therefore troubleshooting. Thus, in a single development, several pseudo-independent and inter-communicating subsystems have been developed using the solutions proposed by National Instrument.

This subsystem integrates the acquisition of the heights measured by the sensors in contact with the rails, processes the data to display the information useful to the conductor, records them, then regenerates them on a plotter in order to have a hard copy of the measurements. . This system must be able to stand alone, print data from another identical subsystem, or work with the supervisor. This module has no output screen or keypad.

This subsystem is made up of the laser system and the MPT management system. The MPT receives data from a profile measurement sensor and compares it to reference profiles stored in a library to indicate which grinding wheels to use (and at what depth) to correct the profile. It then prints the cross sections on a printer. This system must also be able to be autonomous or to work with the supervisor.

This subsystem is used to configure the MPL and MPT modules, to display their measurements "on the fly", possibly to supervise other systems present on the train. It must be able to be stopped without disturbing the operation of the two subsystems.

Fit For You (F4U)
Customization
some products

F4U program
MADE FOR YOU (M4U)
Solution on
measured

Solution according to notebook
charges